Taken, with the author's permission, from "The Journey to Pomerania" (German edition printed in Stuttgart, 1985). Other works by the author include "The Hour of the Women", a history of Pomerania 1945-1947. This book has also appeared in Polish and in English. 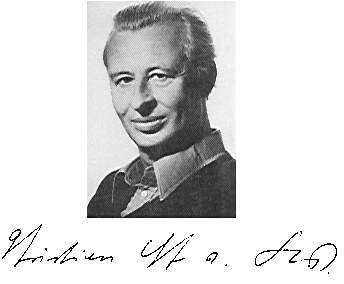 In the final analysis, how is one to make sense of it all?
How to understand one's own feelings? Is it even possible to distinguish exactly between German
Pomerania and Polish Pomorze; do not events of the past and even the present lead us into an
impossible situation?

In order to recall everything accurately one must understand, and this cannot be said too often,
that the evil did not begin with the flight and expulsion of the Germans in 1945, but rather,
much earlier and the roots go much deeper. The floodgates were opened when the Germans began calling themselves a "people without living space" and talked about German culture versus Polish lack of culture and a German race of supermen and Slavic sub-humans.
There followed a hybris, an arrogance, that spread terror. A war of conquest fanned out from Germany in every direction, a renaming and expulsion.

And then, no people, with the exception of the Jews, suffered so much hardship in World War II than the Poles. And this war went on and on
against the vanquished. The temporary lord from the King's Castle in Krakow, the so-called General Governor Hans Frank, once said: "What we have
set up as a ruling class is to be liquidated; what follows is from this time forward temporary and to be removed within a limited time." These were not
only words. They were facts.

The vengance that was visited on the Germans in the east in 1945, as always, affected for the innocent and hardly ever those who were guilty, who had in
cowardly fashion escaped punishment either by flight or by suicide. Thus the inhabitants of East Prussia, Silesia and Pomerania paid with their homes
for events that took place far away. This was all the result of the German madness. One must emphasize that Poland's new west was settled, for the
most part, by people who were themselves displaced from the eastern region and Stalin gave them new homes in exchange. One has only to look at the map
to see that today Warsaw is as near the eastern border of Poland, in the same way that Berlin is now near the eastern border of Germany.

If we tear ourselves away from the past, when we look at the present and, even more, to the future, then something more is needed. We must draw a
line under the plus and the minus sides. We must recognize, and not only with words and thoughts, but we must draw from inside ourselves, that in
1945 an irreversible decision was made. We must realize that German Pomerania became Polish Pomorze, homeland for the people who live and work
there, who hope for peace and a little prosperity, already in the second and third generation. Recognition in the interest of our children,
grandchildren and future generations yet unborn, that they will be preserved from evil.

For centuries Germans and Poles lived peacefully side by side. If that would be the case again the new relationship would triumph over mistrust, if
we really love the land to the east and could like to visit there unmolested as we would like to be received, then there is really no other way. We must
completely recognize that which now is. Borders harden and are closed as soon as one touches them, but they can become bridges if we so use them.
This is easier said than done. The wounds, here and there, are too deep. They are not yet healed, they still cause pain, a single thoughtless word
can reopen them. And what can one do against his own feelings?
.....
But all at once what we searched for is there, surfaced from our most inner thoughts. There is a poem that was written a century and a half ago, by a
refugee from France, who became a German poet: by Adalbert von Chamisso. It is called: "The Boncourt Castle" and begins with the words:

I dream of the time when I was a child
And shake my gray head in wonder;
Why do you pictures remind me of home,
Which I long since believed I had forgotten?

And toward the end there is something that cannot be better said:

So you stand, castle of my fathers,
Still true and strong in my memory,
And you have disappeared from the earth,
So that the plow goes over you.

Be fruitful, oh precious soil!
I bless you from my heart
And bless two-fold whoever
Now guides the plow over you.